In the world one of the most common eye conditions are Eye infections. While some are not severe and vanish on their own after some days, on the other hand some might worsen and cause difficulty like blurry vision and light sensitivity.

Here are some common eye infections one should be aware of:

Uveitis affects the middle layer of eyes. uveitis occurs from infection in most cases. However The eye condition may also occur due to other causes. Uveitis is not serious, it occur in mild form. But it is important to get it treated in order to reduce the risk of blurriness.

Eye pain, redness, light sensitivity, blurry vision, and seeing floaters are some common symptoms of uveitis. If you are noticing any one of the above symptoms, get them diagnosed quickly by an optometrist.

Conjunctivitis often called Pink eye. It is a common eye diseases. It is an inflammation or swelling of the conjunctiva. The conjunctiva is the thin transparent membrane that lines the inner surface of the eyelid and the white part of the eyeball. Conjunctivitis are also caused by the Viruses of common cold. It may occur from allergy, caused by wearing contact lenses.

It is the inflammation of the eyelids. It commonly occurs when tiny oil glands of eyelashes become blocked. Common causes of blepharitis is the Bacterial development on the eyelids, and the skin surrounding the eyelids. One of the major risk factors of the eye condition is dandruff.

Some of the common symptoms of blepharitis include crusty eyelashes, irritation, burning sensation, eye redness, and sensitivity to light.

Other symptoms of keratitis include blurry vision, light sensitivity, and a feeling of something stuck in the eye.

Sty is red painful lamps form near the edge of your eyelid. when the bacterium staphylococcus make infection in the oil glands which is present in the eyelids it form sty. Sties usually forms on the outside of the eyelids in some cases. However, sometimes sties may form on the inside area of the eyelids as well.

Some of the common symptoms of sties include a red lump that looks similar to a boil or a pimple, excessive tearing, swelling eyelids, and pain in the eyelids. 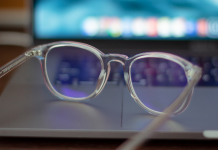 How To Protect Eyes from Blue Light? 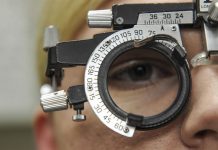 5 Causes of Blurred Vision That You Should Know About 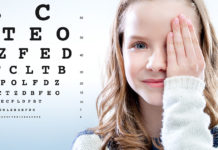 Ways To Inform That You Need An Eye Exam 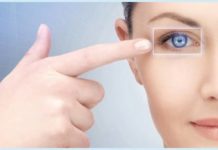 Eye Injuries In Children And How To Prevent Them 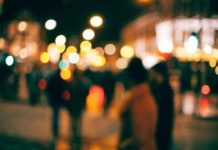 Sudden Blurred Vision: Some Reasons You May Have It

Disclaimer
It is not the intention of lustereyes.com to provide medical advice, diagnosis, or treatment recommendations. Always seek the advice of an eye doctor, physician or other qualified health care professional for diagnosis and answers to your medical questions.
FOLLOW US
© 2018 Copyrights lustereyes.com. All rights are reserved.
Loading Comments...
%d bloggers like this: